Cover Reveal:
Hidden Passion
…when the walls of monarchical politics rise high between them, will her passion prevail?
by
Summerita Rhayne

A letter from the Author

I'm very excited to share the cover of my new book which is a historical romance. Hidden Passion is the story of Princess Rukmani and King Deveshwarya, set in the early medieval India. I've always been fascinated by that period of the brave and wise maharajas and beautiful and courageous rajkumaris whose tales I read growing up in Chandamama and Amar Chitra Katha...I wonder how many can relate to those names *smile* But whether you can or not, I feel, no one can remain untouched by the romance and richness of that period. There’s a drama and intrigue in history that simply calls out to imagination. I’ve always wanted to write a historical and the idea for this book came to me in form an image: A princess seeking the sanctuary of a Maharaja whom she thinks she can depend on but that Maharaja being unwilling to help her. I had to think why he wouldn’t and why she had to run to him and slowly the characters took shape: Rukmani, a princess of the Kamboj clan who has been pampered by her family but now is suddenly without support and Deveshwaraya, a Samrat who was not born to a throne but comes to rule by following his convictions.

I had a lot of fun delving into history while charting out the setting and the events of this novella. As my characters were not blind followers of tradition, I was able to let my imagination loose a lot. But I also made use of the customs prevalent in the period in the story. For instance, in those times, the princesses could choose their own husbands by the ritual of swayamvara yet the outcome of these was often tied up with many political consequences. Rukmani also finds such a situation hindering her path to love. Even princesses had to struggle sometimes to get their heart's desire. So even for them life wasn't easy!
This is my first historical getting published, so it’s a huge moment for me. Hope you all love the cover!

Rukmani, the youngest of her family, has always had her way and she thinks she would too when the question of her marriage arises. But when she expresses her wishes, her world comes crumbling down because she has fallen for the wrong man. Who can she run to but the strongest ruler of the region, Deveshwaraya?

Devesh finds himself torn between duty and desire. He is drawn to her yet being with her jeopardizes everything he has worked for.…when the walls of monarchical politics rise high between them, will her passion prevail? 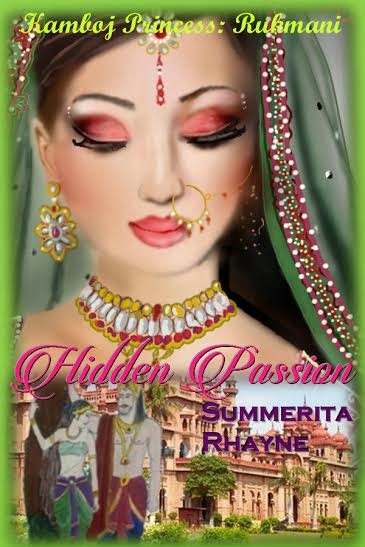 Posted by From the heart-need at 8:14 AM No comments:

No. I haven't forgotten my lucky guy articles. I know at least some of you were expecting the next episode but then I simply felt I had to write about this first. Since this is my own blog, I can do what I want, can't I?

Nanowrimo just went by and I managed to complete my 50,000 words in the nick of time. But I did not allow myself to relax, I managed to finalise the first chapter of my novel before I decided to chill.

And since there's not much happening in Abu Dhabi right here right now, I fished out 'Bang Bang' and watched it last night on my lappie. (Psst - please don't tell anyone about this.)

I'd heard a lot about the movie, mostly bad stuff. The story is ridiculous. They bought the rights from Hollywood but still they botched it up. It's an insult to the intellect to watch Hindi movies etc.

But Hrithik Roshan and Katrina Kaif are not people who I can ignore. (TBH, I'm a fan of most stars, though in my opinion Aamir is better than the others.)

Well, what can I say? Yes, the movie was a rip-off of 'Knight And Day'. No, I've not seen Knight and Day but even if I had, I'd give Hrithik and Katrina a standing ovation any way.

Ok. I confess - I was born with a manufacturing defect.

Really? I'd make that two defects. The first defect is I love both movies and books. The second defect is that I am an Indian to boot.

I've had a torrid affair with English literature since the age of 8. It began with an Enid Blyton book on my birthday. Holding her hand, I walked through picturesque places in England, Scotland, Wales. Then I graduated to American cities with the Hardy Boys and Nancy Drew series. In my teenage years and till my late twenties, I was besotted with fair ladies who ran across the pages of the books I read and screens of the movies I watched - wearing skimpy, sensual, dresses and acting coy, cocquettish and bitchy as directed by their writers and directors.

But the second manufacturing defect never really healed. I read scores of novels and was emotionally touched by many of them - David Copperfield and A Tale of Two Cities, Pride and Prejudice, We - the Living. For a long time I thought Sidney Carton was the most tragic character whom I identified with (don't ask why, please, just read 'A Tale of Two Cities'). Meg Ryan and Julia Roberts and Sandra Bullock were heroines I'd have loved to fall in love with.

But none of the books I read brought tears from my eyes until the day I read Rabindranath Tagore's short story 'The Kabuliwallah'. I never laughed at English comedies the way I laughed when I read P L Deshpande in Marathi. Girish Karnad's play 'Hayavadana' left me gaping at the man's capacity to shake me from my 'satisfied' life.

Though I was impressed with movies like 'The Sound of Music', it took me a Gulzar and his 'Parichay' to really understand that however glossy, dazzling and shining Hollywood movies and actors may be, the actors I really liked were Rajesh Khanna, Dharmindar (it's deliberate - not a spelling mistake), Amitabh Bachchan, Raj Kapoor, Jaya Bhaduri, Hema Malini, Madhubala, Madhuri Dixit, Sridevi, Shilpa Shetty, Kajol and now girls like Deepika Padukone and Katrina Kaif and dudes like Ajay Devgan, Akshay Kumar, Hrithik, Varun Dhawan, Siddharth Malhotra and of course the three Khans. (Drat! I don't want to miss anyone but then this is a blog, not a Who's Who of Bollywood.)

So by now you've realized where my ship is headed. Yes. I loved 'Bang Bang'.

If you've not closed my blog by now let me tell you that this is not blind love (or maybe it is, in a way.) I've had a long tryst with the film industry, and I've read over 200 books in my lifetime. I know there are always glitches in Hindi movies, but then I've also seen enough Hollywood and world movies stuff to know that there are almost an equal number of trashy movies churned out by Uncle Sam.

Bang Bang doesn't have a fault-free script, but you can't say the script isn't innovative. Yes, Hrithik carries off improbable stunts but then you might revisit the James Bonds, the Mission Impossibles and The Bourne Identities and then try convincing me that any human being could do what was done by the leading men in those movies.

For those of you who are writers or who aspire to be writers, Bang Bang is about the fantasies of a beautiful girl jailed in a small-time bank in small-town Shimla. I think the scriptwriter/director won by showing what happened in this single and simple girl's life when a macho man rushed into it like a tsunami and turned it upside down. I've lived quite an exciting life but I've never been a James Bond and never had an affair with a woman as beautiful as Katrina. Does that mean I should shut out all the fun from my life? Well, I won't, certainly not because you say so. I'll leave myself to decide that.

And then the songs. I love songs. Indians are a very musical people. We have songs for various occasions from when a child is born to even after s/he dies. And we are indisciplined. We are not like the westerners who have an etiquette for everything. We sing when we feel happy and we sing when we are sad. We do not bother much about what the world thinks of us. This is the way we are.

So, to cut a long story short, Bang Bang is for me a welcome release from my dull and drab life. And I look forward to the next instalment.

﻿
And as a proof that times have changed in Bollywood, the producers had bought the rights of 'Knight and Day' so for all practical purposes, it's not a rip-off but a properly designed movie to entertain the Indian audience. I wouldn't compare it with the original, because that was designed for an American audience while Bang Bang is for people like me - the aam aadmi.
Plus, once you've sold your house and filled your bank with the money, you have no right to object whether the buyer is living in your house or he has pulled it down and erected a totally new structure. So there's really no point in comparing notes between 'Knight and Day' and 'Bang Bang'.
Hell, I don't feel apologetic for saying all this. You see, I was born with a manufacturing defect - I think like an Indian.
Posted by From the heart-need at 4:02 PM 4 comments:

Matches Made in Heaven - Cover Reveal

MATCHES MADE IN HEAVEN

Swayamwar on TV reality show; Dating Clubs; Matchmaking websites; parents setting up their children with one another; friends getting married and more – there are many ways that couples get together for hopefully a “Happily Ever After” experience. MATCHES MADE IN HEAVEN explores the various premises in the form of short stories that one can relate to in everyday life. There is even one based on Gods falling in love. Shh! I am not going to say anything further. It’s for you to find out.

And there are thirteen of them. While many insist that “13” is an unlucky number, I am quite fascinated by it. I absolutely believe that it’s a lucky number for me. That’s why I decided to publish this anthology with 13 romantic stories.

Sundari Venkatraman has authored four novels and a short story anthology till now, Matches Made In Heaven (anthology) being the latest. The Malhotra Bride; Meghna; The Runaway Bridegroom; Flaming Sun Collection 1: Happily Ever Afters From India (Box Set) and Matches Made In Heaven have all been self-published on Amazon under the banner of Flaming Sun. The three novels are regularly seen on Amazon’s Top 100 Bestsellers’ Contemporary Romances list. The Box Set and Anthology are bound to catch up soon. 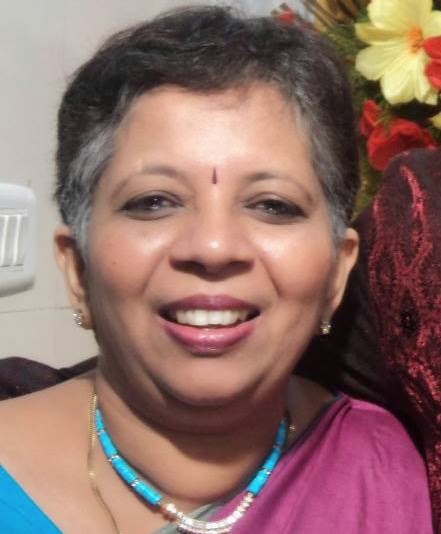 A great fan of Mills & Boon romances over the past four decades, Sundari has always believed in ‘Happily Ever Afters’ and all her books promise happy endings.

Matches Made In Heaven is a compilation of thirteen short stories – all romantic – based on many situations anyone can come upon in their day-to-day lives. The stories revolve around the different ways a couple can get to meet and tie the knot in a culture rich country like India. Those reading the stories will definitely be able to connect realising that one of the situations has definitely been a part of their lives. 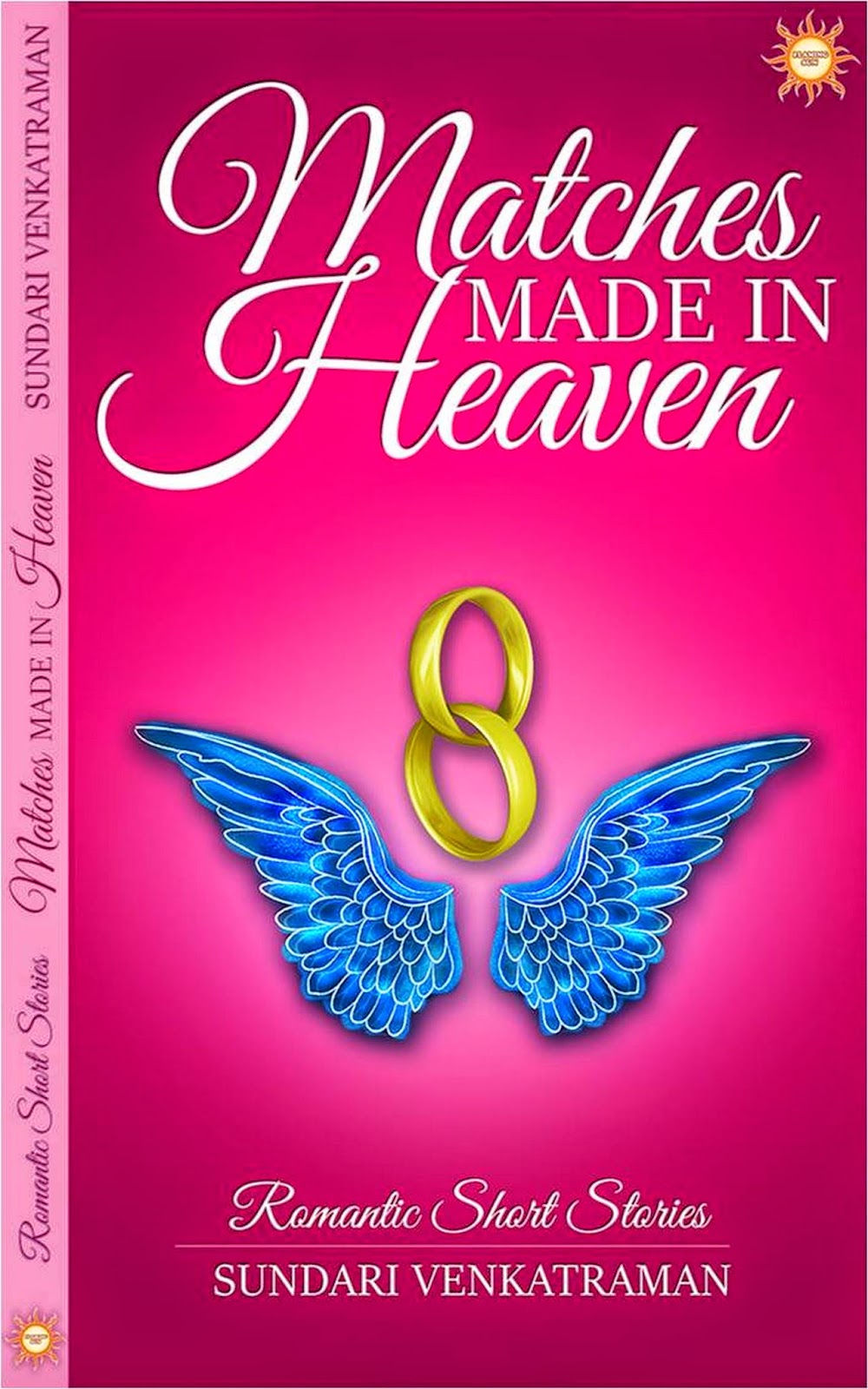