The Ekkos Clan
by
Sudipto Das

Sudipto Das’ Ekkos Clan begins with gusto. The eerie feeling that something is not right in the village Noakhali, the simmering fears of a backlash by majority Muslims on the minority Hindus of East Pakistan has been described alarming accuracy. Das brings out the uneasy calm of a village in the interior whose inhabitants co-existed for centuries without fear or favour.
Just when you begin to marvel at Das’ insight of a small East Pakistan village caught in the throes of partition, comes the rather rude punch – Das has designed this novel as a kind of Indian reply to Dan Brown’s 'The Da Vinci Code' and several of its cheap clones that emerged in the wake of its success.
The story shifts from Noakhali and Kolkata of 1947 to contemporary US where Kratu the protagonist is an ex-engineer who teaches music to kids using only three basic notes, which he had heard from his elder sister who had died in a car accident. A Pakistani girl, Afsar Fareedi happens to pass by this strange outdoor music class and befriends Kratu and both begin to search for scattered bricks from Kratu’s ancestry to build a castle without any foundation.
Das scripts an incredible Hindu organization, Hiranyagarbha Bharat, which believed that they were descendants of the original Aryans and the Aryans originated in North India, in the Hindukush mountains and from there spread to the Middle East and Europe. The members of this organization strive towards the death of any evidence that proved otherwise.
The plot may not have seemed so hollow had the writer crafted the story well. First of all, if you compare the Christian church with a fledgling Hindu organization, the Church is far, far more powerful with an unending flow of funds from billions of believers. Das clips the wings of this (fictitious?) organization by stating that the RSS was not in favour of their philosophy. If the fiercely fanatic Hindu RSS does not back the theory that the Aryans originated in the Greater Indian territory and then spread to the West, then who will provide the tiny organization with the funds required to carry out assassinations spread over nearly a century? And why are the killings executed by only members of one family - were there no other members of Hiranyagarbha Bharat? Granted that Kubha was the sole survivor of an Aryan-culture tribe, would all the erstwhile historians of the world have changed their opinion on the basis of verbal evidence of one woman who was not even educated properly?
Second, the possibility of Aryan rituals (4000 BC) being preserved by a few villages in the Hindukush mountains (present Afghanistan, ruled by Muslim rulers ever since the spread of Islam) is rendered laughable when Das takes one of Kratu’s grand-uncles to the Hindukush from Calcutta in the 1920s and has him bring back a young girl who remembers all the customs of the Aryans (from 4000+1920 = 5920 years ago) who volunteers to be raped in order to save her children from certain death, later marries a Bengali Muslim and avenges her rapists years after the incident, rises to become an important social worker in Bangladesh with unfettered access to diplomatic privileges.
The entire novel meanders through a maze of characters of whom Kratu is the protagonist. Kratu keeps shifting his affections from his (unknown to him) half-sister Ananya, his cousin Teesta (nicknamed Tits - it is a riddle why a girl educated in America would allow herself to be called by a name which would invite leery comments all her life), then to the Pakistani girl Afsar and then to Bahrouz.
The story includes a vendetta angle which stretches from one generation to the other, from Afghanistan to Bangladesh to Maharashtra to the US of A. I fail to understand what a fanatic university student hopes to achieve by digitally changing a Harrappan seal into a horse: it's only a digital reproduction of the real seal - will other universities/museums not have the original with them?
The characterisations, apart from the first part that describes partition riots in erstwhile East Pakistan, are too flimsy to be taken seriously. Though Teesta and Kratu seem to share many things in common, the writer almost makes Teesta fall in love with Kratu but he chooses just that time to fall for Afsar. However, when Teesta learns of Kratu's affection for Afsar, she joins in with Jhimli to pull his leg. Won't a girl in flesh and blood feel bad if the boy she had an affection for turns to another girl? Agreed there was no commitment, but commitment is a legal feeling. Emotions always exist in minor forms and come to the fore when they are hurt. That aspect has not been explored by the writer.
To his credit, the author has spent a lot of time researching the history of the Aryans but instead of fiction, he converts the novel into a classroom of ancient history, archaeology and etymology. Though some of the analogies seem plausible, there are plenty of loopholes that the writer is unable to fill.
This novel had promise, the writer has a flair for writing. However the plotting and overall structure of the novel make it confusing. India's Dan Brown will have to wait. The question is: do we really need one? 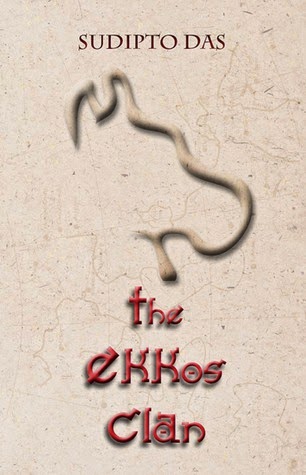 The Blurb
"The Ekkos Clan" is the story of Kratu’s search for the killers of his family, his own roots and the mystery behind his grandmother’s stories.

It’s the fascinating account of Kubha and the basketful of folklore she inherited from her ancestors. The eventful lives of Kubha and her family span a hundred years and encompass turbulent phases of Indian history. The family saga unfurls gradually, along with Kubha’s stories, through the three main characters – Kratu Sen, a grad student at Stanford, Kratu’s best friend Tista Dasgupta, and Afsar Fareedi, a linguistic palaeontologist.

Afsar hears about Kubha’s stories from Kratu in a casual conversation, but she figures that these stories are not meant to be mere bed time tales – they contain rich linguistic fossils and layers of histories.

In a bizarre incident Kratu miraculously survives an attempt on his life. His sister and uncle had not been so lucky. Were these murders acts of revenge, or a larger ideological conflict connected to Kubha’s stories which conceal perilous secrets that should be suppressed?

Afsar, Kratu and Tista travel across continents to unravel the mystery of Kubha’s roots and the origin of her stories.

At a different level, the novel subtly delves into the origin of one of the oldest civilizations of the world and the first book written by mankind. 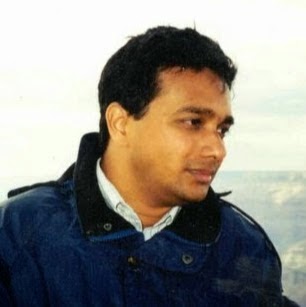 Sudipto was born in Calcutta to a family which fled Bangladesh during the partition riots of 1947. He grew up listening horrid stories of the partition, something which he has used extensively in his debut novel The Ekkos Clan. He completed his engineering from IIT Kharagpur in 1996. He lives in Bangalore.

"If you are a history buff and a thriller aficionado, then [it] might just be the book for you" - The Hindu

"A tale of the Indian civilization and culture... takes you on a roller coaster ride" - The New Indian Express

"An interesting read for an afternoon... One feisty woman's partition story" - Bangalore Mirror

"Is essentially a mystery novel, but is grounded in a substantial base of research and exploration into our past" - newsyaps.com 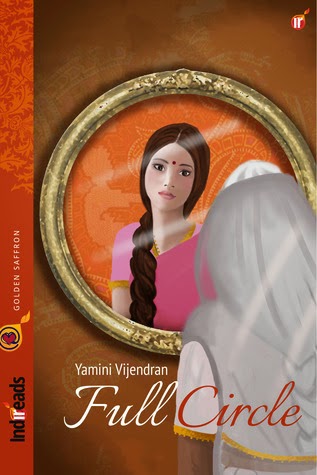 The Blurb
Outwardly, Malini is a contented, sixty-something grandmother with a loving family and everything a person could wish for. But Malini has lived her entire life with a secret confined to the deepest recesses of her heart.

Haunted by the past, she travels to Kumbakonam, her native town, which she had left years ago. There, she comes face-to-face with her long-lost love.

After forty years, will Malini be able to reclaim her own life, when love comes knocking at her door once again? 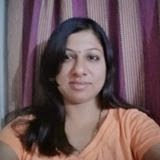 Yamini Vijendran (@saimini) is the author of ‘Full Circle’, a romance novella published by Indireads. After being a Software Professional for 7 years, Yamini has been freelancing from home for the past 3 years. She loves to dabble in fiction and romance and drama are her favorite genres. Her short stories have been published in ‘Love Stories That Touched My Heart’, an Anthology published by Penguin India, New Asian Writing and Six Sentences. Yamini also likes to pen poems when inspiration strikes, and her poetry has been published in The Indian Review, Contemporary Literary Review of India and ‘A World Rediscovered’ a poetry Anthology by Cyberwit Publications. Yamini draws material for her stories and poems from the world around her. When she is not converting her experiences to stories or poems, Yamini reads, plays with her toddler, and fools around her laboratory, that is, the kitchen.

You can stalk Yamini Vijendran @

Posted by From the heart-need at 12:53 PM No comments: